75+ Outstanding Turtle Tattoo Ideas and Symbolism Behind Them

Google has 303 million articles about turtles (English only) and 13 million about tattoos with them, but what do you know about them? We've compiled all the meanings and 75+ latest ideas in our new article, just check it out.

What makes tattoos beautiful? Plenty of things really, but one of the most significant (in the author’s opinion) is versatility. One image can mean so much even within one nation, and if you take the whole world… the meanings can be infinitely many. And there are times when a person makes a tattoo based not on generally accepted meanings, but certain events from his life — and here we have plus another new meaning.

Where am I going with this? No article will describe as fully as possible what this or that tattoo means. We will try, though. And today we have a new challenge in front of us: turtle tattoos. These ancient animals are highly prized around the world and yet are not among the top most trending tattoo objects. But maybe that is for the best? Go ahead if you want to know why turtles are cooler than everyone is used to thinking.

Origins and meaning of the turtle tattoo

The turtle is a symbol of the universe in many myths of different nations. In ancient times, when it was believed that the world was flat, it was believed to rest on the backs of three elephants, who stood on a huge turtle floating in the world’s oceans.

The turtle was identified with Venus or Aphrodite according to Greco-Roman ideas. The animal embodied the feminine and the symbol of fertility.

Longevity is one of the most remarkable symbolic attributes of the turtle as an animal. The lifespan of these animals can exceed a hundred years. The longevity of the turtle was revered in Japan, where it was considered a personification of the lord of the sea.

In Chinese culture, the turtle is considered a symbol of strength and endurance, which is why it is called the Faithful Warrior. It is also regarded with great reverence in China as one of the four enlightened and spiritually illuminated animals. The warriors of the imperial army had the image of the tortoise on their bodies along with the dragon, which was a symbol of invincibility.

The Polynesian turtle has a special meaning. It is worth noting that the tradition of putting tattoos on the body appeared exactly on the Polynesian islands. But the ancient people did it not for the sake of decoration. The image on the body reflected the status of the person, his clan, position in the community, and personal qualities. The tattoo was applied only to men and the process took several days. This ritual was considered sacred and obligatory, and its interruption was a disgrace to the whole family.

The turtle as an image received the strongest symbolic value with the ancient Polynesians, whose tattoos in the form of this animal were considered the most powerful amulet. In addition, the turtle played an important role in all Polynesian culture and of course acquired symbolic meanings. The turtle was considered a strong, wise, and mysterious animal.

Sea turtles are by far the most common tattoo option today. We have already talked a bit about the historical meanings of this tattoo in different nations. Now let’s focus on the present. What are the meanings most often invested in the turtle tattoo by modern people? The turtle in general is a very positive symbol, often associated with immortality, strength, stability, fertility, and creation.

Other meanings and values associated with them (besides longevity, which has already been talked about a lot) include:

Small tattoos are your refuge when you want to get something on, but your living conditions do not welcome it. Or if you just prefer minimalism. Honestly, turtles are not often done in tiny sizes, but just take a look at these photos. A drawing of even 2*2 cm can look adorable. And what is even more wonderful is that you can both show it off and hide it if necessary.

Turtles can be lovely in real life as well as on tattoos. They are often depicted in funny poses, with an amusing look, or with a cute flower instead of a shell. It will be hard to keep from smiling when looking at such a tattoo. Girls often prefer them, but we are trying to shake off stereotypes in the twenty-first century, aren’t we? So do not hesitate to stuff a cute tortoise if that is what you want.

Turtles are depicted in the style of geometry quite rarely, but it looks stylish. Usually, simple geometric shapes are used to create this magic. Emphasis can be placed on the shell — it is convenient to portray it in geometric form. Although sometimes turtles are depicted surrounded by geometry, creating a contrast.

Realistic 3D tattoos look impressive, especially in medium or large sizes. Turtles seem almost lifelike when done in this style. This work is very painstaking and requires the highest level of skill. Usually, realistic turtles are depicted in medium to large sizes — so they look even more impressive. They are popular with both girls and men. However, it is worth saying that people choose this option a little less often if it is their first tattoo.

Abstract designs let you say more without saying a word. Turtles in abstractionism often look hypnotic — it seems you can look at them forever. This is not so terrible because the likelihood that you will get bored with such a tattoo is almost zero. But seriously, abstracts are great for lovers of metaphors, puns, and mystery.

People do most turtle tattoos in a black and gray palette. However, you can easily choose bright colors. Colored tattoos are dominated by blue, green, and brown tones. Some also use different shades of pink up to purple to depict flowers. Although you can, of course, choose any color scheme.

In the case of the turtle tattoo, color does not add much meaning, so you do not have to worry about that.

Turtles with flowers are especially popular in Japan, although these designs are common in other countries as well. You might think it is a girly option, but be prepared to get surprised: guys often get these tattoos too, especially in Japan. You have to agree, they look adorable.

Perhaps the authors were a little lazy to come up with a category for each tattoo in this section. But that is not certain. That is because some turtle tattoos are so unique that you literally can not find another one like them. And there are no similar ones either. So they deserve the title of unusual and a separate category, don’t they?

Can a turtle mean something awful?

The turtle as a sign also has negative connotations, but in the case of tattoos, they are not common. The turtle can denote materialism, laziness, and indifference to everything. Sometimes it stands for promiscuity and shamelessness. The latter is associated with an ancient Chinese belief that there are only female reptiles that have to mate with snakes to reproduce. But I assure you that all this has very little to do with tattoos. In fact, it is unlikely that there are many people among your acquaintances who know about this Chinese belief.

As for slowness, yes, it’s a common thing, but… Did you know that the turtle can reach speeds of up to 35 km per hour in water and is considered one of the fastest reptiles? They are indeed slow on land, but that is because water is their real habitat. Take it as a metaphor if you like it. Something like “You will be successful where you feel free”. You can interpret it in your way, the main thing is to remember that story with the turtles.

Turtles can be surprising, can’t they? They are slow on land and some of the fastest in the water. It is a fascinating contrast that makes you wonder. Tattoos with these reptiles are not yet at the peak of popularity, but I assure you — it will happen one day. In the meantime, you can get this tattoo, so you can say later that you fell in love with turtles before they became mainstream.

Okay, that is a joke. You should not get a tattoo to prove something to someone or to brag about. It is first and foremost for yourself. We can only show you cool ideas and reduce your doubts or fears a little bit. Or advise you of quality tattoo artists all over the US, but no more than that. A tattoo should be your considered rational decision. If it is, maybe one day we will cross paths, and you will show me your beautiful turtle.

🐢What does a turtle tattoo symbolize?

🤔What does the turtle tribal tattoo mean?

The turtle played a significant role in all Polynesian culture and, of course, acquired symbolic meanings. The turtle was considered a strong, wise, and mysterious animal.

🌊What is the meaning of the sea turtle?

The sea turtle has many different meanings. It often means water, the moon, the beginning of creation, time, immortality, fertility, and prolongation of the species. The turtle is often portrayed as supporting the world.

😏What does the turtle mean in Hawaii?

🤠What do turtles mean in Polynesian culture?

The turtle is a vital creature in Polynesian culture. It symbolizes health, fertility, longevity, foundation, peace, and tranquility. When the Polynesian turtle is done as a tattoo, it also uses the meanings of patience and perseverance. 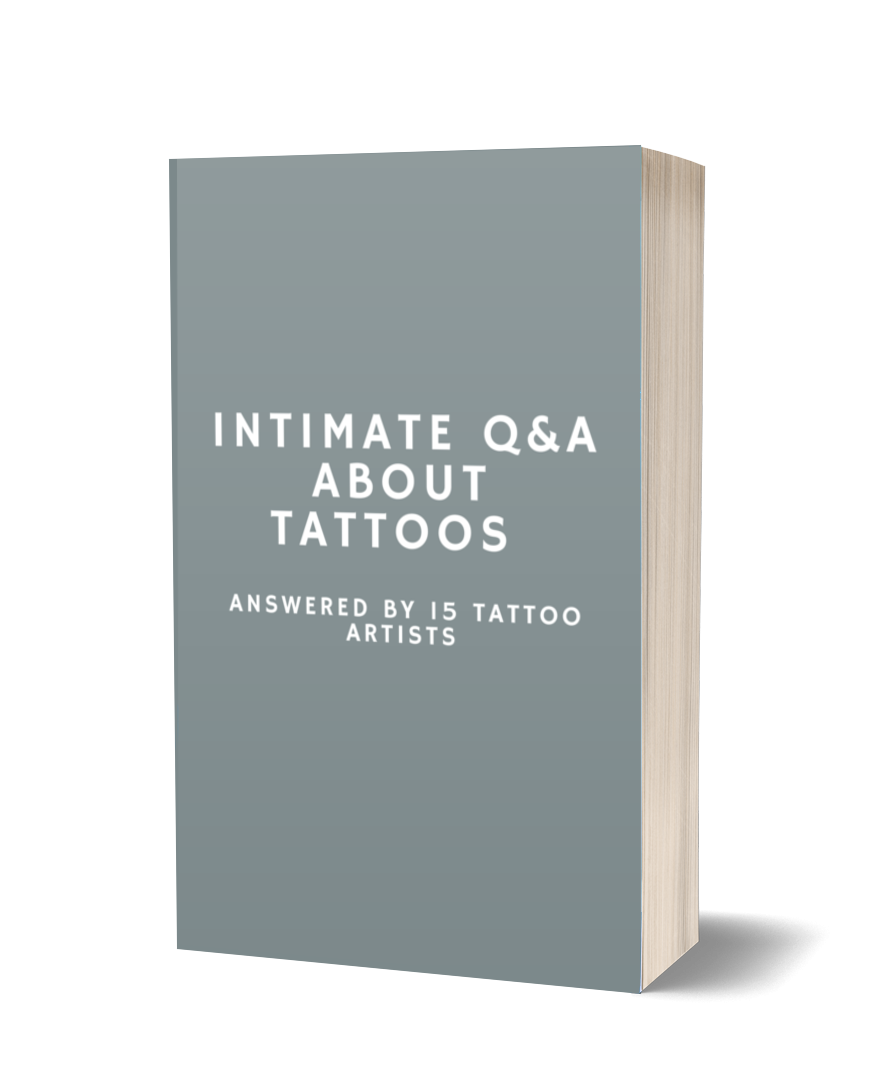