In North Carolina, you can get a tattoo in any style and any complexity, if you turn to these masters. We guarantee the professionalism of each of them.

Dare to make a tattoo is not easy, but even after making a firm decision to go to a tattoo shop, getting the cherished picture is problematic. Arises the question, where can you find a professional master?

The tattoo market is very wide; you can find both professionals with unique experience and those who didn’t learn how to hold tools properly after years of practice. Few people want to risk their health and skin aesthetics. Therefore, people who dream of a tattoo discard the idea of ​​self-expression for many years. However, we believe that you should not give up your dream, so we carefully analyzed the tattoo industry in North Carolina and selected the 5 best masters in the most popular styles of tattoo art.

Neil Clark has been involved in the art of tattooing in North Carolina for almost a quarter of a century. During this time he gained experience in various styles, from classical realism to designer images. However, on the way to his vocation, he was engaged in other arts: acrylic paint, charcoal tools, the development of binding and leather products, and stained glass. Thanks to these skills and many years of experience in tattooing, he finds his main passion — large full-color drawings. This style of tattoo is very complex, as it requires skills to work with the entire color palette, so if you need just such a draw, you will not find a better master than Neil. 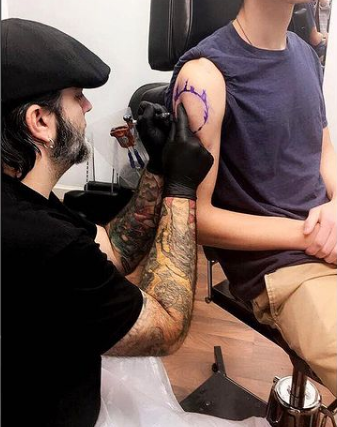 Jay Edmondson has been doing realistic black and gray tattoos since 2011. He chose this style for the opportunity to create a large number of details for drawings of any complexity and the ability to work with a classic palette, as in the days when the art of tattooing was just beginning to emerge, but drawings were of a level that can envy many modern masters. For more than 10 years, he spent thousands of hours mastering all the intricacies of this art and became the best master of black and gray tattoos. 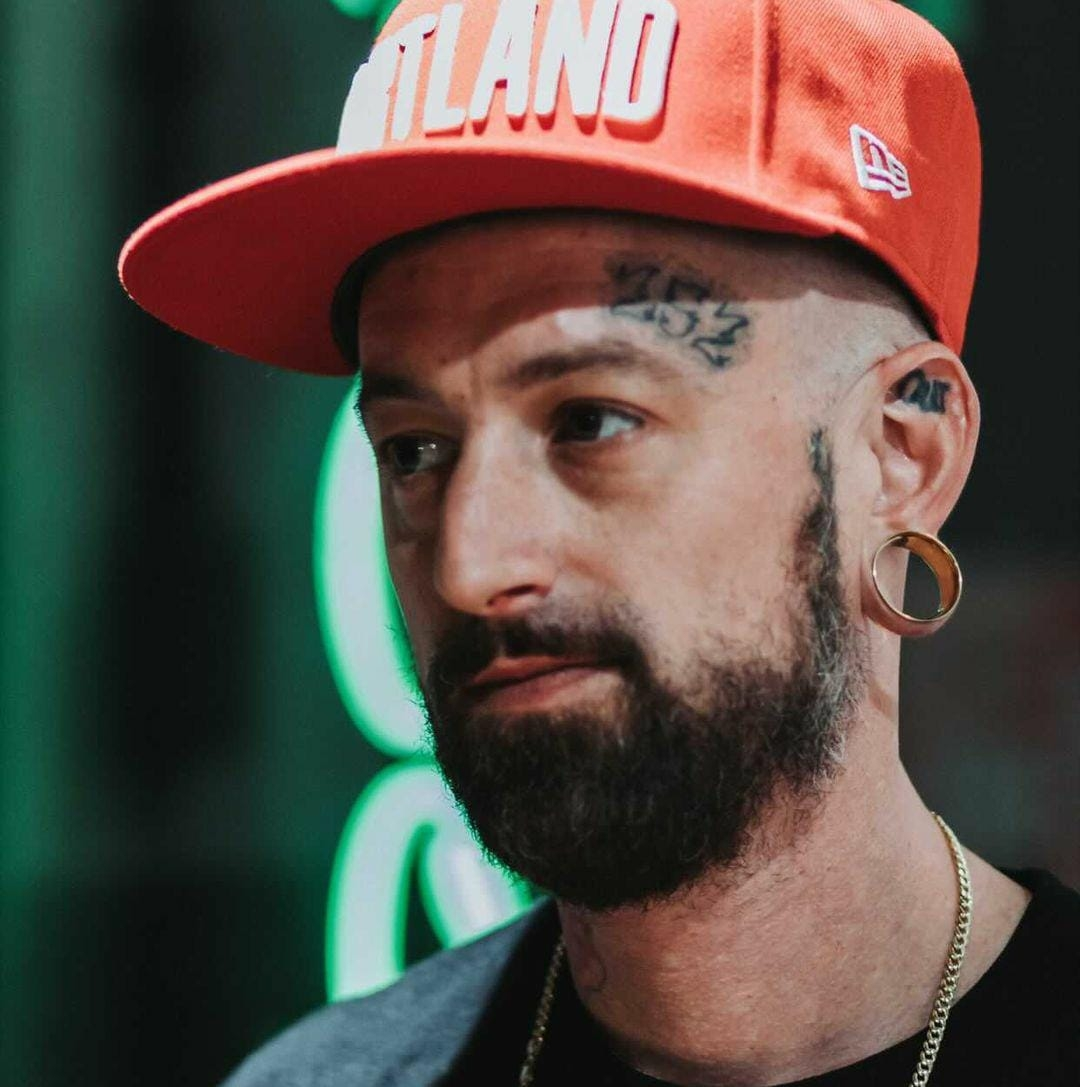 Zach Stovers has been practicing tattoo art since 2008. During this time, he gained experience in a variety of styles and became convinced that the art of tattooing needs to be updated, but without losing the foundations laid by the classics of this industry. So he came to the conclusion that his vocation is a neo-traditional tattoo. He immersed himself in this style and became the best master of neo-traditional tattoos in North Carolina. 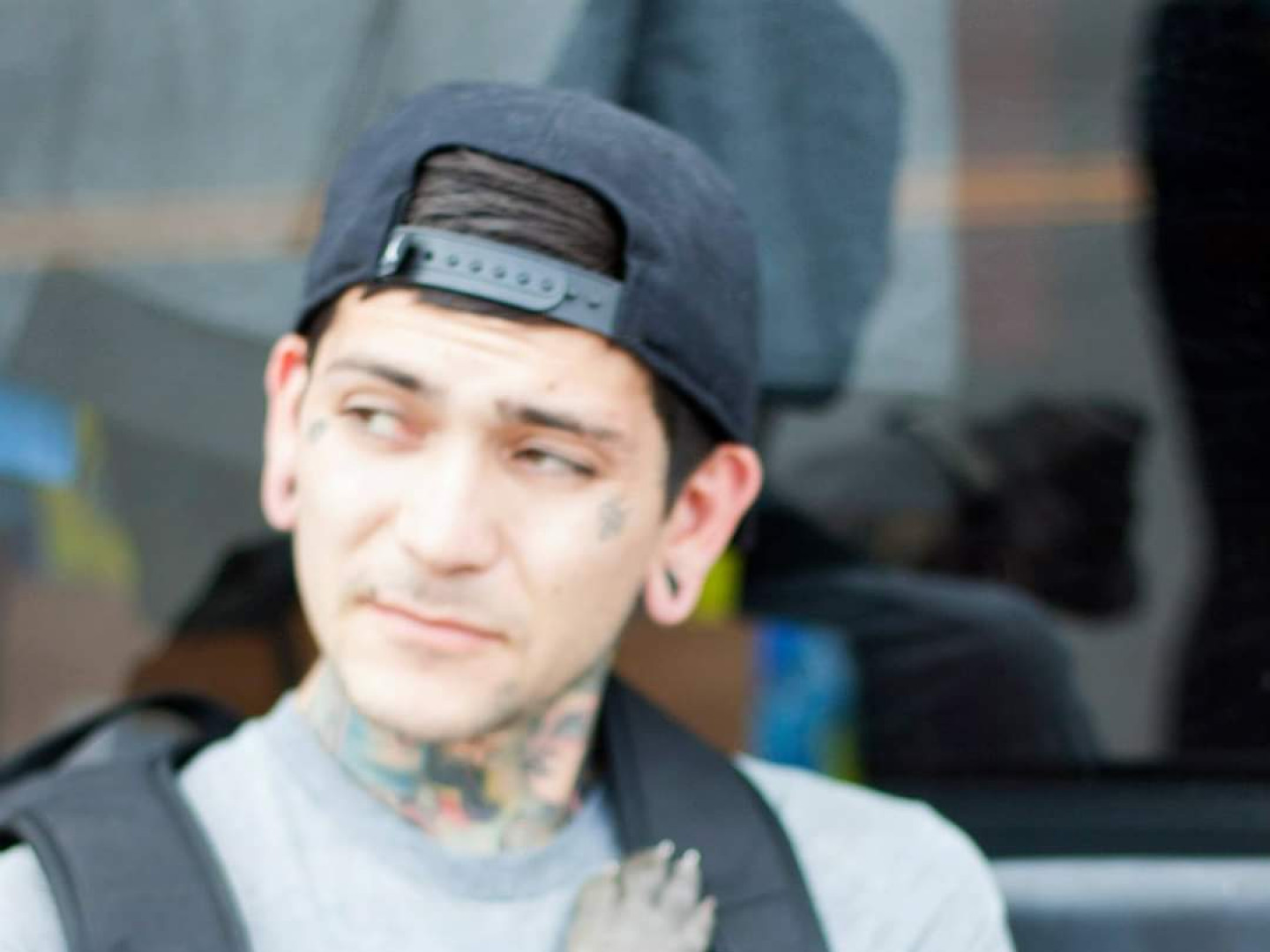 Hannah Mckee has recently started tattooing, however, she can already depict very interesting drawings in bright colors. She is a professional master of the New School of Tattooing. One of the artists who are not limited to the traditions of realism, but make tattoos of any type, standard, and color that you can only imagine. 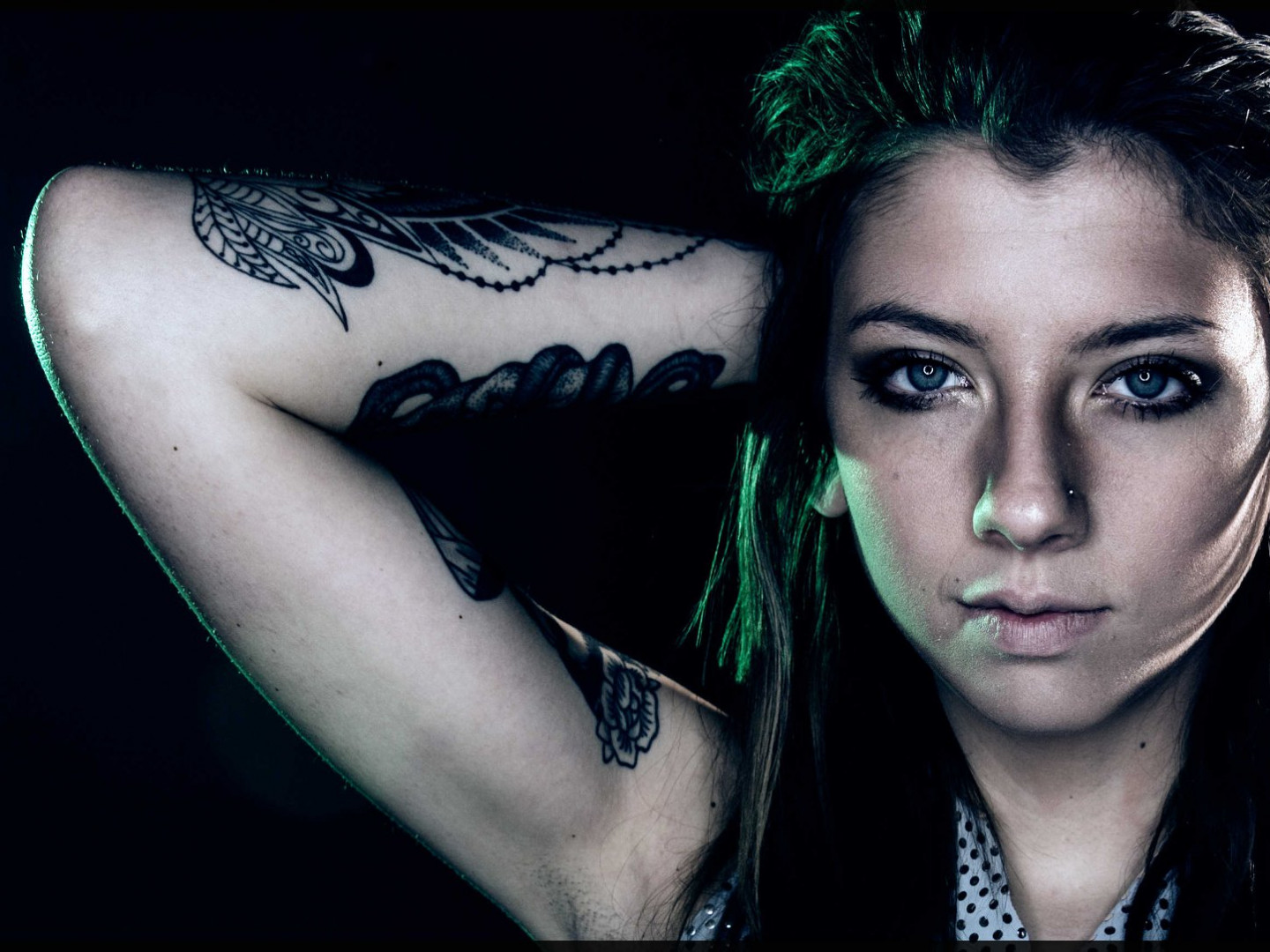 John Ronzka has been tattooing for 8 years. During this time he gained experience in various tattoo shops and developed his own unique style. It is based on very complex photorealism and elements of neo-traditional tattoos. So, if you want to make an original photo tattoo, John is the best master for it. 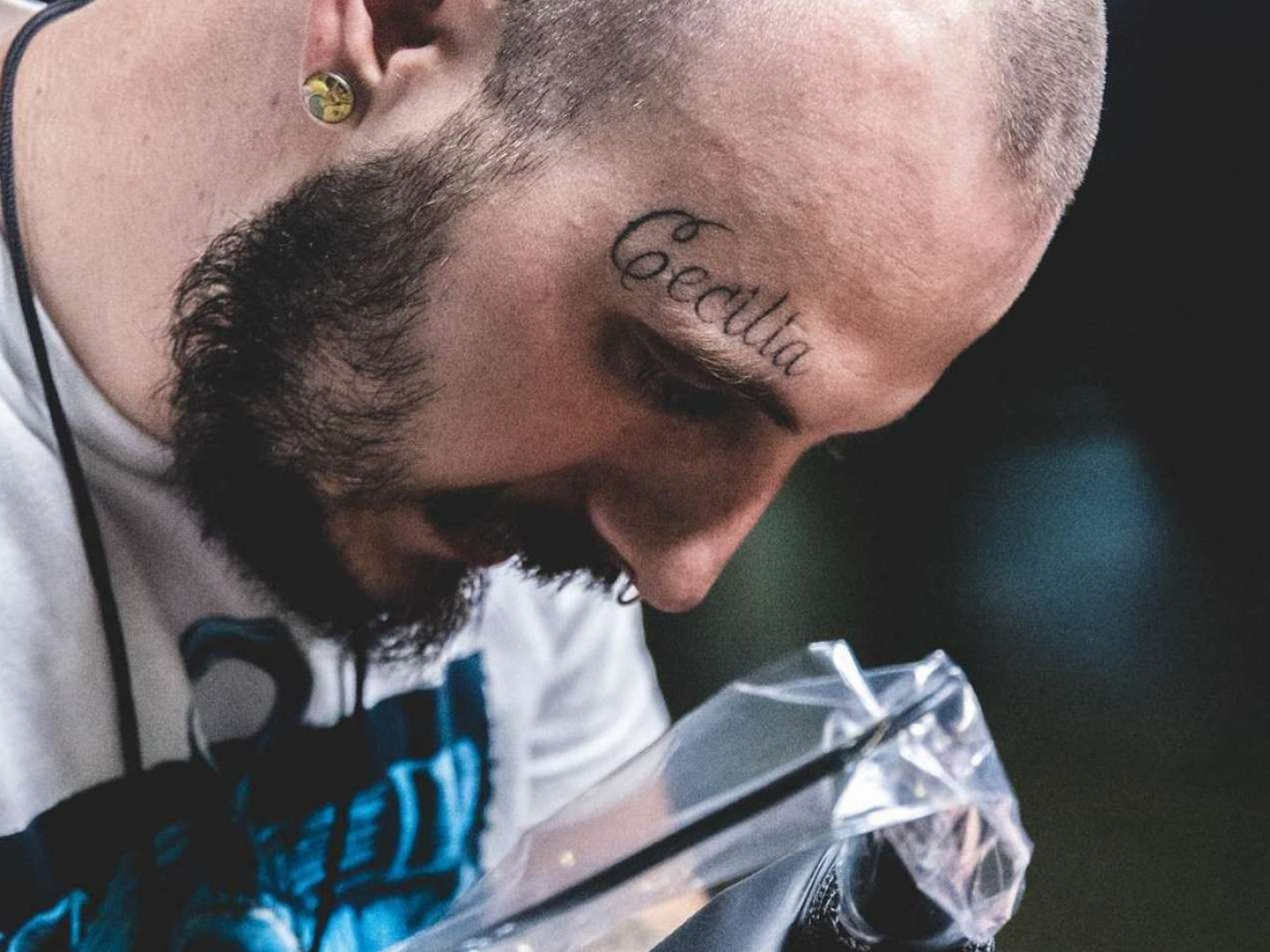 History of development of tattoo industry in North Carolina

As a separate professional industry — tattoos emerged relatively recently, but in this short period of time, so many fascinating stories have accumulated that there is a need to systematize the history of tattoo art. On this issue, North Carolina has the largest number of initiatives.

A native of North Carolina, a former officer of the US Navy, C.W Eldridge from childhood was an ardent connoisseur of the art of tattooing. During his marine career, he studied tattooing in the Philippines, Hong Kong, Hawaii, and Japan. Therefore, returning to civilian life, he engaged in tattooing professionally.

However, Chuck did not stop drawing. His most famous project is the Tattoo Archive documentation system. Thanks to this resource, every tattoo artist can immortalize their work. Also in January 1993, Eldridge established the Paul Rogers Tattoo Research Center. These and other initiatives are helping not only North Carolina, but the entire United States, understand that tattooing is not just entertainment, but high art.

Such initiatives are greatly facilitated by the fact that since June 1, 1995, the tattoo industry in North Carolina has been legalized and every artist has been required to document their activities. This has greatly simplified the compilation of the tattoo archive, as no non-governmental organization would be able to process disparate information on the work of more than 300 tattoo shops without legal reports.

Interesting fact: It is due to the legalization of tattoos that the number of infections received during tattooing has decreased many times. This is due to the fact that now to obtain a license for the activities of a tattoo artist you need:

This is just a list of minimum requirements. Agree that by contacting masters who have undergone such a complex licensing procedure, you can be sure that you will not get any infections.

If in North Carolina you go to the first tattoo master you meet, then maybe he will be an amateur. No one is insured against this in any state. However, if you turn to the proven masters we described above, you will never regret your decision to get a tattoo, and many years later you will enjoy the fact that one day you finally decided to express yourself in an extraordinary way.

No. Under North Carolina law, persons under the age of 18 are prohibited from tattooing.

⭐ Who in NC drawings the best photo tattoos?

John Ronzka drawings the best photo tattoos in Northern Carolina. Thanks to a skillful combination of photorealism and neo-traditional style, he can draw a picture of any complexity.

👨‍⚖️ When did tattooing become legal in North Carolina?

The North Carolina tattoo industry was regulated on June 1, 1995. Since then, all tattoo artists must be trained and licensed.

💰 How much is a professional tattoo?

The price of a tattoo varies depending on the experience of the master and the complexity of the draw. Prices range from $ 100 to $ 450 for a standard tattoo.

🌈 Who in NC drawing a colored tattoo?

Neil Clark uses a full range of colors and depicts drawings of any complexity.

Getting A Tattoo When Pregnant: Is It A Safe Option Or Not?